On July 4, 1776, the Continental Congress approved the Declaration of Independence, setting the 13 colonies on the road to freedom as a sovereign nation. As we celebrate this Independence Day, we reflect on how our Founding Fathers enshrined in our Constitution the importance of statistics as a vital tool for measuring America.

The estimated number of people living in the newly independent nation in July 1776. Source: Historical Statistics of the United States: 1789-1945

The number of signers of the Declaration of Independence. 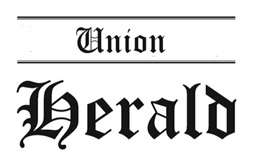